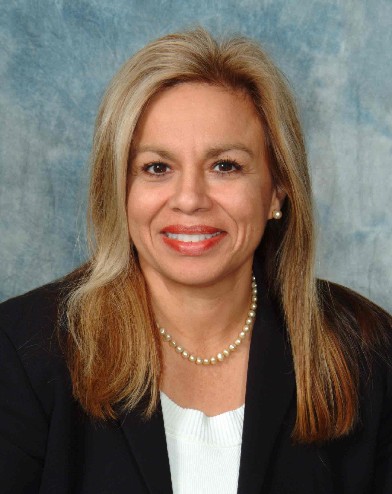 Mayor Pro Tem Sylvia Muñoz Schnopp was re-elected to a third, four-year term on the Port Hueneme City Council in November 2016, and has also served as Mayor during three terms (2017-2018, 2014-2015 and 2010-2011), and as Mayor Pro Tem (2009-2010 and August-November 2017). During her tenure, she has served as a member of the city’s Audit Committee, Water Rate Committee and Branding Committee. She’s provided key leadership in the 11 years she’s been on the council: setting the stage for city’s 70th celebration in 2018; helping direct and turn the corner on a divisive city council and staff transition; and championed city to be first and only city in Ventura County voting to display the national motto, “In God We Trust”, at City Hall November 2011. Her work in 2013 was pivotal to help bring state leadership together, working alongside city council colleagues and Assemblymembers Jeff Gorrell and Das Williams to ensure Hueneme Beach shoreline protection in October when federal funding was inadequate in providing beach restoration and protection.

Ms. Schnopp also serves as chairwoman of the Port Hueneme Water Agency, and is a member of the board of directors of the California Joint Powers in Insurance Authority, the Ventura County Council of Government (VCOG), and as alternate board member for the Economic Development Collaborative of Ventura County (EDC-VC), and board member of Ventura Land Trust. She has served as board member and alternate for Gold Coast Transit District and as a CA GOP delegate. A favored guest speaker, she is featured in “Living Legends”, a book published June 2013 by local Oxnard historian Jeff Maulhardt.

Ms. Schnopp was active with the executive committee and board of directors of the Ventura County Economic Development Association (VCEDA) and the Ventura County 2005 BRAC (Base Realignment and Closure) Taskforce. She was a district delegate for Congresswoman Lois Capps, 23rd District, for the 2004 Congressional Small Business Forum on Capitol Hill, and received the 2005 Community Advocate Award from the National Association of Women Business Owners (NAWBO) and was honored with other notable national and regional awards. While serving as the Ventura County manager of Women’s Economic Ventures (WEV), the organization received the prestigious El Concilio del Condado de Ventura Latino Leadership Award for their extensive work on behalf of assisting Latino microbusinesses and up-and-coming entrepreneurs.

She spent eight years at AT&T Wireless Services and held a variety of regional, multi-state and national positions in marketing, public relations and external affairs, culminating as National Director for Multi-Cultural Initiatives. Before AT&T, she was Marketing Director for United Way of Ventura County where she created and implemented the nationally-acclaimed “Day of Caring” volunteer event that is attributed with recruiting hundreds of thousands of volunteers in communities annually throughout the United States.

Ms. Schnopp earned an MBA from California Lutheran University; BS in Business Administration from Cal State University-Northridge, and Ministry Studies and Ministry Licensing from Ventura’s World Reaching Faith, Inc. She served on the St. John’s Regional Medical Center Community Board, The Museum of Ventura County Board of Directors and member of the Ventura County Community Foundation’s Resource Center for Nonprofit Leadership. A published writer, guest columnist and lecturer, she has written her first novel, Abandoned Angels, based on her family’s true story during Mexico’s Cristero Revolution and is a sought-after subject-matter expert. A native of Oxnard, she traces her Ventura County heritage to the early 20th Century.