Office of the City Clerk

The City Clerk is the official custodian of records and is responsible for managing the legislative history of the City and maintaining, disposing, and preserving official City documents and records in accordance with legal requirements, and responding to requests for information in compliance with the California Public Records Act.

In addition, the City Clerk:

The City Clerk serves as the City’s Election Official and, in compliance with the California Elections Code, administers all municipal elections and performs oaths of office for elected and appointed officials. In compliance with the Political Reform Act, the City Clerk also serves as the Filing Officer for the Fair Political Practices Commission (FPPC) and coordinates the filing of campaign disclosure reports for local candidates and campaign committees and Statements of Economic Interest (Form 700) for members of the City Council and designated employees.

With certain exceptions, records of the City are public records to which the public is entitled access. Pursuant to the Public Records Act (California Government Code Section 6250, et seq.), a person may request to review and/or receive a copy of any public record. The City Clerk’s Office is responsible for receiving and responding to requests for public records. Guide on California Public Records (PDF)

The City will provide the requested documents within 10 days or advise you, in writing, of any exemption from disclosure or delay in providing the information and when it will be made available. Requests that are not exempt from disclosure that require research, retrieval, and reproduction will be provided at the earliest date possible.

There is no charge to review public records. There are fees associated with obtaining copies of records. The fees are established by Resolution and vary depending upon the type of record and the method in which the record is provided.

To submit a request complete the Public Records Request Form . The current adopted fees are outlined on the second page of the form.

You may download and complete the Claim form or pick up a copy from City Hall.  Claim forms should be signed and either mailed to the address notated on the claim form, or dropped off in person at City Hall. 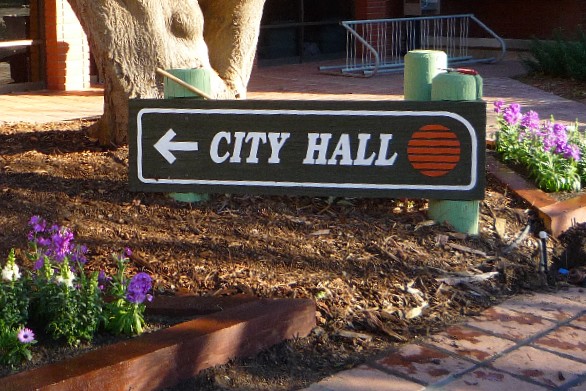